HYBUILD is a group of 21 partners from 9 countries. Every month, a new HYBUILD partner is introduced in our Blog section. Today, Aglantzia, a urban municipality situated in the central part of Cyprus near the country’s capital Nicosia.

The history of Aglantzia dates back as far as 3888 B.C., but the Municipality itself was founded in May 1986. The Municipality of Aglantzia is located near  Nicosia, the capital of Cyprus. It is an indigenous municipality with an area of ​​31 square kilometers, of which 14 are agricultural land (occupied by Turkish troops since 1974).

Aglantzia has made much advancement during the last few years. Being spread out in the Greater Nicosia area, Aglantzia still has a great development potential and, thanks to her large green spaces, it is justifiably called the green municipality of Cyprus. The residential area of Aglantzia is located on the highest altitude in Nicosia and the city of Aglantzia combines old with new buildings, as well as a unique renovated historic center.

During this time, in a spirit of understanding and cooperation and for the sole purpose of the progress and development of the Municipality, the Mayor and the Municipal Councils succeeded in accomplishing an important work that changed the face of Aglantzia.

The town has a population of 23,000 and its economy is mainly based on the Services sector (The University of Cyprus, the National television and many banks have major offices in Aglantzia). Aglantzia has been working for several years in European projects, mainly in the field of intelligent energy and Asylum, Migration and Integration Fund.

Μr Charalambos Petrides was elected Mayor of Aglantzia in 2016 elections.

Key annual events of the municipality include:

Key points of interest include:

Aglantzia has innovative activities in the following areas:

Role of the municipality in HYBUILD 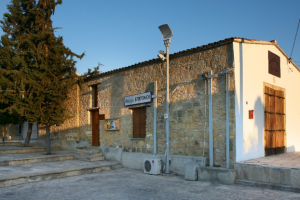 HYBUILD’s hybrid storage systems will be used to upgrade facilities in existing buildings in three different demo sites. One of the project applications will be implemented by the Municipality of Aglantzia in cooperation with FOSS Research Centre for Sustainable Energy of the University of Cyprus and other partners. The proposed system will be installed on a vernacular dwelling located in the historic core of Aglantzia, which will be used as a Renewable Energy and smart solutions Center by the municipality with the support of the University of Cyprus. Particular emphasis will be placed on the preservation of the building’s cultural heritage values and on the assessment of innovative technologies’ contribution to the rehabilitation of historic buildings and settlements. 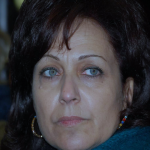 Mrs. Athena Yiannaka (MSc, EUREM) received her Master of Science in Civil Engineering from the People’s Friendship University of Russia in 1986, and remained there until 1989 to complete an extended postgraduate research project focused on the development of novel concrete and cement technologies under the guidance of Prof. Tamara Nikolayievna Akimova. Shortly after, she returned to Cyprus to join the Technical Department of the Municipality of Aglantzia. She was promoted to Executive Engineer in 2008. In 2011, she was also appointed a formal member of the scientific advisory board for the consolidation and modernization of governmental policies and building regulations in accordance to EU legislation, for the Ministry of Internal-Affairs. She is a certified European Energy Manager (EUREM) and currently holds the position of Municipal Energy Manager. In addition, Athena is active member of the Technical Chamber of Cyprus (ETEK) and the Cyprus Association of Civil Engineers (CYACE), conducting lectures and seminars on governmental policies for building regulations, renewable energy sources and energy efficiency for various professional organizations. 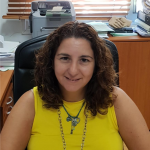 Mrs Antigone Hadjigeorgiou (FCCA) completed her exams for the ACCA in June 2000. She became a Member of the Association of Certified Chartered Accountants (ACCA) in October 2000 and Member of the Institute of Certified Public Accountants Cyprus (ICPAC) since March 2001. During her career had the chance to work in various fields of the sector such as accounting services, monitoring Financial Information in IPO of Public Companies in the Cyprus Stock Exchange and has a significant knowledge of the Public Sector in Cyprus and particular Public Procurement Processes according to EU Legislation. She was appointed as Municipal Treasurer of Aglantzia Municipality in March 2009 and since then she is the Head of the Financial Services of the organization. She has knowledge in variety subjects of the department such as budgeting, preparation of financial statements, invoicing and receipts and various financial matters. She is a hard-working person and likes challenges. She has many interests including arts, architecture, theatre and sports. 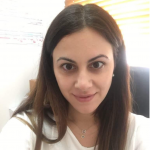 Mrs Andri Vitsaidou is a graduate of the National Technical University of Athens receiving
the degree of MSc in Electrical and Computer Engineering. She is a member of the professional body ETEK. Following that she has received further specializations as follows:
2017-2017: Project Management Certificate, New Skills Academy
2016 – 2016: Event Management, Blue Mountain Training Solutions
2015 – 2015: Garden Design and Maintenance Diploma, New Skills Academy Also, she has received lessons in interior design and lighting design.
Since 2010 she is employed by the Aglantzia Municipality as a Municipality Officer covering the areas of IT, conflict resolution, open school, volunteering work and Monitoring City Council decisions.