HYBUILD is a group of 21 partners from 9 countries. Every month, a new HYBUILD partner is introduced in our Blog section. Today, FAHRENHEIT, a company specialised in cooling innovation.

FAHRENHEIT in a nutshell

FAHRENHEIT is a pioneer in adsorption technology. Based in Germany, the company designs and manufactures the most advanced adsorption cooling devices on the market. It applies innovative research to delivering energy efficient cooling solutions. Its products have made their way into hundreds of installations worldwide across a diverse range of industries and applications.

FAHRENHEIT was founded in 2002 as a spin-off from Fraunhofer Institute for Solar Energy Systems (ISE). From the very beginning, research and technological excellence have been the pillars of the company.  Its original research coupled with a keen awareness of our customers’ requirements resulted in ground breaking patents in energy solutions. FAHRENHEIT develops and manufactures innovative and efficient solutions to generate and store cold anywhere cold is needed and waste heat is available.

Adsorption chillers by FAHRENHEIT can be used wherever there is residual heat available. Its cooling technology reaches a new dimension of energy efficiency because it does not rely on electrical power for cooling. Its chillers and its adsorption modules are widely used in industrial manufacturing, for air conditioning, in data centers, in solar cooling and in various other applications. They are also ideally suited for combined heat and power plants – turning them into tri-generation units –, and they can save substantial amounts of energy and CO2 emissions in mobile applications such as cars and transport cooling.

FAHRENHEIT chillers operate on the principle of adsorption. Adsorption occurs when molecules of a liquid (in our case water) adhere to the surface of a solid (in our case zeolite crystals or silica gel). This causes the liquid to evaporate, generating cold. Once the solid material is saturated, heating it will cause it to release the adsorbed liquid, allowing the process to start again.

Within the HYBUILD project FAHRENHEIT focuses on the development of advanced adsorption heat exchangers for the Mediterranean region and the efficient integration of the vapour compression heat pump with the adsorption storage part in order to enhance its EER. 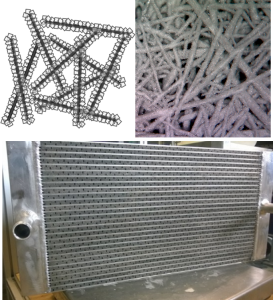 The following staff is involved in the HYBUILD project: 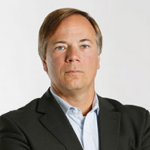 Walter Mittelbach is the Chief Technology Officer of FAHRENHEIT. He founded SorTech AG, the predecessor of FAHRENHEIT, in 2002. He holds several patents on adsorption technology and, together with his team, won numerous awards for developing efficient and compact adsorption chillers.

Walter Mittelbach laid the foundation for FAHRENHEIT as a researcher at Fraunhofer Institute for Solar Energy Systems (ISE). He studied physics at Graz University and at Free University Berlin. 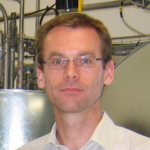 Dr. Ralph Herrmann is in charge of research and development at FAHRENHEIT. Trained as a chemist, Dr. Herrmann dedicated a large part of his professional life to researching and evolving zeolite crystals. He holds numerous patents in this field. Since 2004, he has been applying his expertise at FAHRENHEIT. 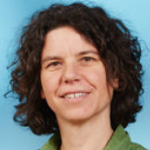 Ursula Wittstadt joined FAHRENHEIT in 2016 to work in the development of the next generation adsorption chiller and the co-ordination of research projects.

Ursula Wittstadt holds a diploma in Energy and Process Engineering of the Technical University in Berlin. Before joining FAHRENHEIT she worked as a researcher and project leader at the Fraunhofer Institute of Solar Energy Systems (ISE) in Freiburg within the field of adsorption heat exchanger development.